Episode 71: LeRon Barton on white riots at the Capitol building

Leron Barton, author, speaker, and social media influencer joins me in this conversation on race to talk about his perspective as a Black man in the US on the Capitol riots. 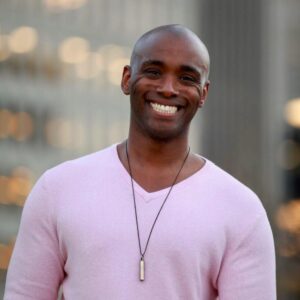 LeRon L. Barton is a writer from Kansas City, MO currently living in San Francisco, Ca. A graduate of Paseo Academy of Fine Arts, LeRon is the author of two books, “Straight Dope: A 360 degree look into American Drug Culture” and “All We Really Need Is Love: Stories of Dating, Relationships, Heartbreak, and Marriage.” In addition to the books, LeRon is an essayist; whose topics cover racism, mass incarceration, politics, gender, and dating. These works have appeared in Salon, The Good Men Project, Elephant Journal, East Bay Times, and MoAD. LeRon has also given talks and speeches at TedX Wilson Park, University of San Francisco, Glide Methodist Church, been a guest of Al Jazeera’s The Stream, Story Corp, Dr. Vibe’s Do You Know What Time It Is podcast, and has participated in panel discussions on race and prison recidivism. In his spare time, LeRon mentors young men in San Francisco and loves to backpack around the world.