In this Conversation on Race, I’m joined by Greg Jenkin, a white man who spent over 28 years in the military. We talk about white supremacy in the military, and the riots at the Capitol on Jan. 6, 2021. Greg, is a Diversity, Equity and Inclusion leader who  continues to coach and mentor veterans who are transitioning out of the service.

This show is a little different in that Greg and Simma are both white. Stephon Williams who is African- American had to cancel at the last minute. We decided to do this episode anyway because of the topic.

Greg shares his perspective on the white riots/insurrection of Jan. 6, 2021, where there seemed to be a disproportionate amount of people who had been in the military. 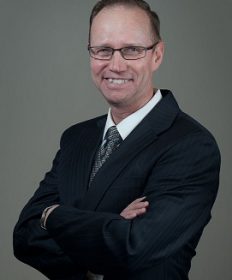 Greg Jenkins is a dedicated and passionate consultant, practitioner and life-long learner of Diversity & Inclusion, Equal Opportunity and Leadership. He recently completed a successful US Army career that ranged from overseas duties in Germany, South Korea and combat duty in Iraq to include a number of stateside assignments culminating in Washington D.C. His performance in Military Equal Opportunity efforts resulted in developing a model program for other Army Equal Opportunity and human relations efforts. He served as the senior commander’s liaison with state and local organizations, along with educational and community leaders resulting in improved civic relationships. He was hand-selected by the Director of the Army’s Diversity Task Force to help establish the Army’s Diversity program, policy and products. He was instrumental in the planning and execution the Army’s Diversity marketing campaign achieving world-wide coverage for the Army’s 1.4M Soldiers, Civilians, and their family members. He’s an experienced instructor who has provided training, facilitation and oversight for thousands of personnel ensuring quality and relevant Military Equal Opportunity, Diversity and Leadership training and education for mid, senior and executive level managers and leaders. Most recently, he was appointed as; Chair or Board, Diversity Certification Institute, Global Diversity & Inclusion Foundation. He volunteers for the Missouri committee of Employer Support of the Guard and Reserve. He’s a published author and graduate of Webster University, where recently attained my Master’s degree in Human Resources Development. He enjoys helping people, spending time with my friends, family and staying physically fit while volunteering for organizations within my community.