Episode 85: Conversation on Race with Steve Pemberton; Knowing and Embracing Our Roots

In this conversation on race I’m joined by Steve Pemberton, Chief Human Resources Officer of Workhuman. Steve shares his story of growing up in foster homes with no idea of his background, his identity, or his birth family.  Although he was the biological son of a Black father and a white mother, he didn’t know if he was Black or white until he located his biological family.

He is the author of two books, “A Chance in the World,” that chronicles his life story and “The Lighthouse Effect, How Ordinary People Can Have an Extraordinary Impact on the World.”

Key topics in this episode of “Everyday Conversations on Race,” with Steve Pemberton

Listen in to hear more of Steve Pemberton, find out what’s on his playlist, and the books and films he recommends. 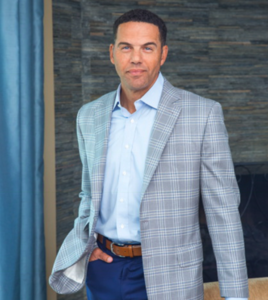 Passionate about building human-centered workplaces that recognize the value and potential of each and every employee, Steve Pemberton has made embracing humanity in the workplace the core of his responsibility.

As the Chief Human Resources Officer of Workhuman, Steve is committed to working with HR leaders and senior management to transform and lead more connected, human-centered workplaces that accelerate learning, engagement and productivity. Steve aims to make the work more human in everything he does by fostering a sense of purpose in the workplace and ensuring equity for all.

Steve also champions human rights efforts to ensure equality and access for all, both at home and in the workplace. This passionate advocacy has earned him honorary doctorates as well as the U.S. Congress’ Horizon Award for his personal contributions and for setting a positive example for younger generations. He is the esteemed author of “The Lighthouse Effect: How Ordinary People Can Have an Extraordinary Impact in the World” and the USA Today best-selling memoir “A Chance in the World,” following him on his search for his family. Steve is a graduate of Boston College and is involved with UCAN Chicago, Boys Hope Girls Hope and The United States Business Leadership Network as a board member.