Sumi Mukherjee was bullied and tormented all his young life for his skin color, ethnicity, and Indian name. Let’s hear how his experiences compelled him to write about his life to help other people of color.

[4:25] His first experience with race and racism was in elementary school. Being raised in an all-white city in Plymouth, Minnesota.

People knew about white and black people but nothing about people from India.

How his family tried everything to fit in as part of America by celebrating Christmas, putting up a tree, etc. but he was accepted.

His shock at not being treated as an equal but being bullied by racists in school.

The trauma of racist attacks by white kids at school

He says he was the diversity of the school.

[10:31] Although he had provisional economic privilege because of his family background, it did not negate the color of his skin, nor the outpour of hate against him and his parents.

[12:20] How he was bullied, made fun of, and attacked because of his name Sumi. They also made fun of his last name, Mukherjee.

Having to explain his background to people who had no understanding of who he was.

[16:50] The terror of being harassed at night by people constantly calling his house making fun of his name and being targeted by racists.

The trauma of living through racism for all people of color.

How he was traumatized, the impact on his mental health, and developing OCD.

The trauma of racism impacts all people of color and is life-long. It needs to be recognized and discussed.

Sumi has had to deal with low self-esteem, feeling isolated and afraid. He has gotten help with mental health issues and fears. Today he writes and talks to people about racism, bullying, and getting through racial trauma.

[24:54] What parents need to know to help their kids who are being bullied due to race. The importance of taking it seriously and not telling kids to ignore it.

What white parents need to do to help their kids be allies and support their friends of color who are being bullied or attacked.

[39:02] Sumi shares his struggles with trying to win white people over to like him. It shouldn’t be the responsibility of people of color to win people over.

How do you motivate people to care? 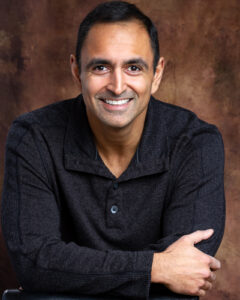