In this conversation on race, I’m joined by Jerry Fu. Jerry is a conflict resolution coach who helps Asian American leaders advance in their career and life journey. He’s also a pharmacist. Jerry started coaching in 2017 to help other Asian American professionals deal with the conflicts they encounter at work with their culture and within themselves.

[1:33] Jerry Fu’s journey from being a pharmacist to becoming a coach for Asian-American leaders in  conflict resolution.

[8:35] How early in his career and life, Jerry was conflict-averse and had to become more assertive in every aspect of his life.

[12:00] Jerry’s comments and thoughts about the increase in attacks against Asian-Americans. He shares several times in his life when he was targeted for being Asian-American.

[22:23] Anti-Chinese sentiment and the fact that Asians are being attacked in different ways and blamed for Covid in the US.

[28:13] How he helps Asian-American leaders deal with conflict and his thoughts on the source of conflict aversion

[31:08] Fighting the stereotype of Asians as the “model minority.”

[33:00] What non-Asians need to know about Asian people

[34:03] The importance of recognizing that there is not just one Asian culture but there are different countries and cultures in Asia

[35:56] Stereotypes amongst Asian people towards other Asian cultures 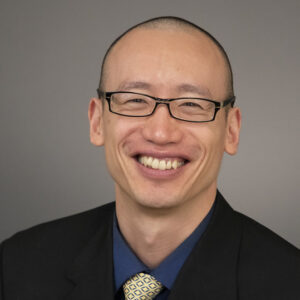 Jerry is a conflict resolution coach who helps Asian-American leaders advance in their career and life journeys. Having taken on several pharmacy leadership roles, Jerry started coaching in 2017 to help other Asian-American professionals deal with the conflict they encounter at work, with their culture, and within themselves.

Prior to starting his coaching business, Jerry served as a pharmacist and began facilitating leadership workshops in 2012. Today, Jerry offers a range of coaching services, which includes individual coaching, group workshops, and keynote presentations. He has appeared on over seventy podcasts and plans to appear in plenty more. To learn more, you can visit https://www.adaptingleaders.com.