In this conversation on race, I’m joined by my colleagues from the Brain Trust of the Shift Network R.A.C.E Project.

Rev. Doctor Aliah Majon, the Chief Inclusion Officer of the Shift Network enlisted Mike Alexander and me to join her in the R.A.C.E Project.

Aliah shares her experience as a Black woman who grew up in Detroit, how race and racism impacted her growing up, how she dropped out of high school, and then how she went on to get a double Ph.D.

Mike Alexander talks about his experience as a Black police officer who went on to become a police chief and shares stories of how he dealt with the racism he encountered.

Kapiolani Laronal shares her experience as an indigenous woman from Hawaii and the racism she has encountered in predominantly white schools.

[7:12] The R.A.C.E project and our role in making the world a better place. Our focus is on what we can do to dismantle racism, and the role that mind, body, spirit plays in individual change.

[11:08] Mike Alexander, former Police Chief and now acting Police Chief in Texas talks about the importance of creating psychological safety when talking about race and racism with people.

[23:23] How Mike has learned to self-regulate when he is confronted by racism and specific issues in the police department.

Racism on the part of police officers, and the impact it had on him.

[38:07] The importance of working with young people to dismantle the systemic racism embedded in the US throughout history

[48:31] The work that Aliah has done with police departments around diversity, inclusion, equity, and race.

The importance of being curious and willing to learn and change. 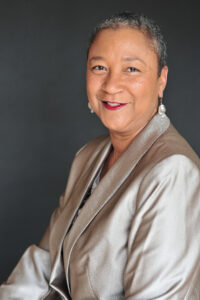 Rev. Dr. Aliah (she/her) is an evolutionary and racial healing champion who believes that we are meant to be engines of evolution. Her methodologies are informed by firsthand experience growing up in the inner city of Detroit and losing her only child to suicide, as well as three decades serving as a corporate trainer, facilitator, and educational consultant. 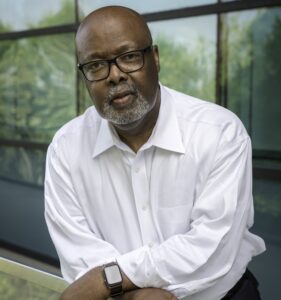 Mike Alexander earned a Bachelor of Arts degree in Criminal Justice from St. Edwards University in Austin, Texas. He earned a master’s degree in Organizational Leadership from Southwestern Assemblies of God University in Waxahachie, Texas. Mike has over 40 years in law enforcement which began as a Correctional Officer and Deputy Sheriff at the Travis County Sheriff’s Office.

Simma Lieberman, The Inclusionist help leaders create inclusive cultures. She is a consultant, speaker and facilitator and the host of the podcast, “Everyday Conversations on Race for Everyday People.”

Simma is a member of and inspired by the global organization IAC (Inclusion Allies Coalition) https://inclusioncoalition.info