Howard Ross and Tracy Brown- Experts on race, belonging, and all aspects of diversity and inclusion for over 25 years.
Howard is a white Jewish man and a baby boomer and Tracy is an African-American woman and a baby boomer.
Most people want to feel like they belong to something greater than themselves and being part of an environment where they can feel supported and connected.
Tracy started cross-race dinners where people talk about race, make new connections and new friends.
Tracy has facilitated dialogues about race and race relations in corporations where people were afraid to talk about race with each other.
She saw people drop their fear of each other and collaborate more.
Howard discusses the need for people who are in dominant groups to learn, understand and support people from non-dominant groups.
There are ways to have the conversation and make a difference without shame, blame and attacking people. That doesn’t make any positive changes.

Why people are afraid to talk about race

People of color are worried about repercussions in the work environment and in other environments if they speak up.
White people are afraid of saying the “wrong thing.”
Tracy asks, “do you want to be a diversity cop or diversity coach?”
While there are times someone might have to be a “diversity cop,” but we you really want change and transformation you need be a “Diversity coach.”
Howard Ross,”In organizations my job in diversity and inclusion is to be a facilitator, and not an advocate.” In his life outside of work, he is an advocate but if he’s an advocate in the corporate environment, he won’t be able to help facilitate change.”

Howard supports free speech. He asks, ”What is the intent? Do they just not know, it’s a one time incident that is not systemic. However, there are the incidents that happen over and over and need to be stopped.
There is a difference between what happened with Megyn Kelly and Juan Williams.
The Juan Williams incident was an example of extreme political correctness. He should not have been fired.
Tracy Brown,” Zero tolerance is inappropriate. It takes away opportunity for change, learning and increased understanding. 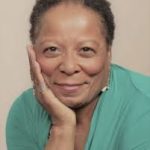 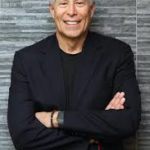