Kamau Bell and Kate Schatz; Do the Anti-Racist Work

In this Conversation on Race, Kamau Bell and Kate Schatz join me to talk about race, racism, and their new book they co-authored, “Do The Work, An Anti-Racist Workbook. Kate Schatz, author, activist, and public speaker.

Kamau Bell is a well-known author, comedian, and political commentator on CNN.

Kate Schatz, is a feminist author, activist, and public speaker.

(Because of their schedules, I had to interview each one separately)

What made Kamau Bell and Kate Schatz write “Do The Work, An Anti-Racist Workbook,” together.

What happens after people buy anti-racism books, they often do nothing.

How white racists went after the success of Black people after slavery and tried to destroy them.

Why Black people are justified in being afraid of being stopped by police at a traffic stop.

Why when people say they don’t have a racist bone, it means they are racist.

A big list of small actions you can take.

How you can help create a non-racist society.

Educate kids to prepare for the world.

Why you should buy “Do The Work, An Anti-Racist workbook.

Her first experience with race, and speaking up against racism to a group of white parents at a high school meeting.

How her friends supported her anti-racism.

how she keeps talking about white supremacy when she is told to stop.

Explaining white supremacy so other white people can understand it.

Ways in which the USA was founded on white supremacist beliefs.

What people can do to eliminate white supremacist beliefs?

Anti-racist actions everyone can take. 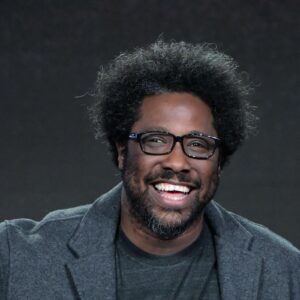 W. Kamau Bell is a stand-up comedian and the director and executive producer of the four-part Showtime documentary, We Need To Talk About Cosby, which premiered at Sundance. He also hosts and executive-produces the Emmy Award winning CNN docu-series United Shades of America with W. Kamau Bell. His new book, Do The Work: An Antiracist Activity Book, co-written with Kate Schatz, is forthcoming from Workman in July. 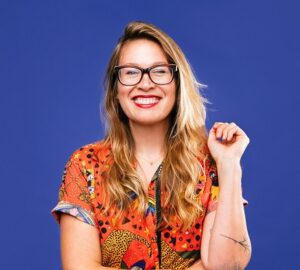 KATE SCHATZ is an author, activist, public speaker, educator, consultant, and queer feminist mama who’s been talking, writing, and teaching about race, gender, social justice, and equity for many years. She’s the New York Times bestselling author of the “Rad Women” book series (including Rad American Women A-Z, Rad Women Worldwide, and Rad American History A-Z), which have sold over 300,000 copies and been translated into four languages. Her book of fiction, Rid of Me: A Story, was published in 2007 as part of the cult-favorite 33 ⅓ series. She is the co-author of Do the Work: An Anti-Racist Activity Book, with W. Kamau Bell, the comedian and Emmy-winning host of CNN’s United Shades of America.

Simma Lieberman, The Inclusionist helps leaders create inclusive cultures. She is a consultant, speaker and facilitator and the host of the podcast, “Everyday Conversations on Race for Everyday People.”